Every frame of Heaven Sent is better than any film I’ve seen this year. As well as among Steven Moffat’s best episodes, credit also goes to Stuart Biddlecombe, Rachel Talalay, Michael Pickwoad, MFX et al for giving us so much glorious, frightening imagery, whether it was underwater, in the corridors, atop the castle, or the Veil creeping in negative space. Every layer of the Doctor is shredded in this nightmare palace within 55 tear/sweat/squirm/chill-inducing minutes. Simply jaw-dropping.
A month after the Cineworld screening, receiving the last of the summer’s sun in Cardiff two days back-to-back was therapeutic, and magical especially as Russell T Davies was down the Bay producing a new version A Midsummer Night’s Dream.

Eight years since our last meeting, here we were, fangirling about Peter, authorising the coinage ‘Twelfies’, discussing the viability of certain formats – animation would require higher budget/insurance, and a live episode would look like video – and the upcoming Doctor Who Festival at ExCeL. The following day, I succeeded(???) at staging an impressionable method of networking…
That was followed by a walk to the studio entrance when we reminisced our first exposure to Who, the ‘Shoot for the Moon’ story, and TV scheduling issues. Seriously, Series 9 is exceptional, ballsy television, but for youngsters and over-worked mothers it’s on TOO DAMN LATE.
I’m still awkward at communication, but the conversation flowed seamlessly from one subject to the next and gave me a bit of perspective on proposals and setting budgets.
On the eve of the Festival, I found my hotel after a lovely afternoon with Lindsay (AWUK) and a failed attempt at getting into a recording of The Graham Norton Show near Waterloo. Not even the Prime Minister of India could get priority tickets to see such an incredible lineup of guests. I mean, Peter Capaldi sharing the couch with Tom Hanks, David Walliams and Duran Duran? Prior to that, Johnny Depp AND Benedict Cumberbatch. What a time to be alive.
The BBC Children in Need benefit concert (with Rob Brydon and Tom Jones) gave me a pang of homesickness. But I knew the Festival would in a way bring me back to Wales. I would be reunited with friends and make new ones to celebrate a show that’s carrying us through tough sheep.
The weekend was reported to be much busier than Friday, which was a relief. Three sets, exhibits, two talk stages and the Shopping Village which took up most of the space. Main panels took place in a separate theatre hall.
There was a selection of props/costumes from recent episodes including the red velvet coat and guitar. I even bumped into Bernadette chatting to costume design legend Ray Colman, who liked my Mission Dalek. The Millennium FX exhibit (and the panel) was a treasure trove of creativity. After the monster-filled panel I ended up in Level 0 and stumbled upon the 50th Anniversary couch; up ahead was Mark Gatiss talking about Robin Hood movies with a dude. At Production Village I asked Michael Pickwoad about becoming a storyboard artist; he explained pretty much what I had done last month.
Talking of small worlds… 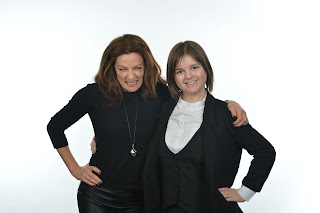 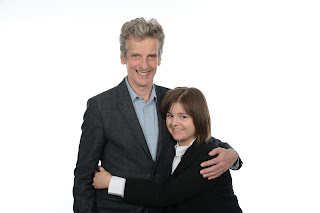 As he greeted me Peter looked surprised to see me again. “Lucy! It’s so good to see you again! I like your coat!” I told him about my cosplay; he said Jenna was due to appear over the weekend, which made me feel deeply sad.

The motivation behind my cosplay was that Clara is making/made herself more Doctor-y. All it consists of are my normal clothes and hairstyle.

Before the photoshoots, the co-creators of Sherlock discussed how the idea of ‘Immortal Woman’ was pitched with Catherine Treganna. The video below is a tiny portion of the Cast panel. Michelle Gomez and Ingrid Oliver summed up how they cope with the pressure of delivering great performances, while Peter demystified the gap between the Twelfth Doctor’s regeneration and his first adventure:
After another fantastic, brilliant, cool, good, and uplifting day in the world of Who, I was brought down by the godawful news of the attacks in Paris. Mum and Dad were more than relieved I was safe home.
I returned to London a week later, to attend another Disney/Pixar advance screening/panel at BFI. 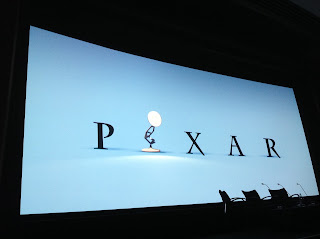 The Good Dinosaur is one of those films that not only pleases the dino-loving child in me, but, like Series 9, also has some deeply affecting moments. I related to Arlo overcoming his fears as he journeyed through the wilderness, figuring out his role in society. Full of inventiveness, tenderness and (digital) scenery porn, it’s like a Miyazaki film.
Director Peter Sohn explained how The Good Dinosaur, Inside Out and all the movies express stories in which challenges are thrown at the characters:
“Story-making at Pixar is a very therapeutic one. The process of it is digging into every pore of what it is to experience being human on this planet, from birth to childhood to death to being a parent. And so these ideas, this film in particular, we really try to create haiku moments, poetry in the film that do echo certain things for sure but at Pixar there really is behind every film the same crew of people that have been working there for 25 years. What’s so interesting about that place is that you can feel the storytellers in each one of those films and it really depends on what that storyteller is doing – they’re amazing film-lovers and amazing parents and amazing people and artists there that put their hearts into the work. And so, life is injected in there…”
Lindsay recommended me Dude, Where’s My Career? a book aimed at lonely graduates facing the uphill battle of pinning down a job.For a while between Oct-Nov I was consumed by anxiety, doubt and the belief that I was unemployable. The fact that death creeps closer towards two members of my family made it worse/making it worse.
But as GBBO 2015 winner Nadiya says,
“I’m never gonna put boundaries on myself ever again. I’m never gonna say I can’t do it. I’m never gonna say ‘maybe’. I’m never gonna say ‘I don’t think I can’. I can and I will.”
I’m no good as a salesperson in business. I aspire to be like the aforementioned storytellers.
In the face of overwhelming odds I’m left with only one option: I’m going have to art the shit out of this!